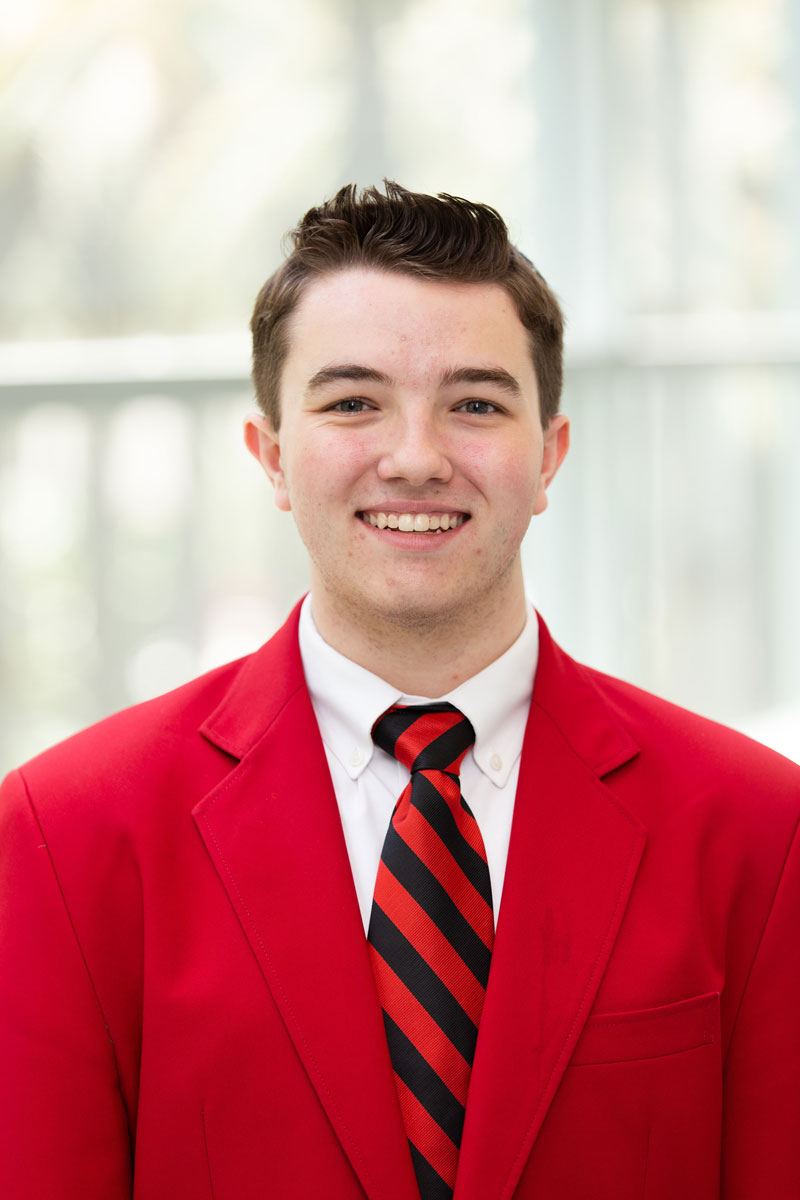 Tyler Lemley has been active in FCCLA for five years. He most recently served as the FCCLA Texas Vice President of Programs and also has served as his FCCLA chapter’s president. Thriving from the global expansion of youth leadership, Tyler enjoys being involved in many student-led efforts in and around his community. In addition to FCCLA, he is an active member of community and school theatre, National Honor Society, and yearbook. Tyler also enjoys reading and writing, and hopes to one day act, direct, or write on Broadway. 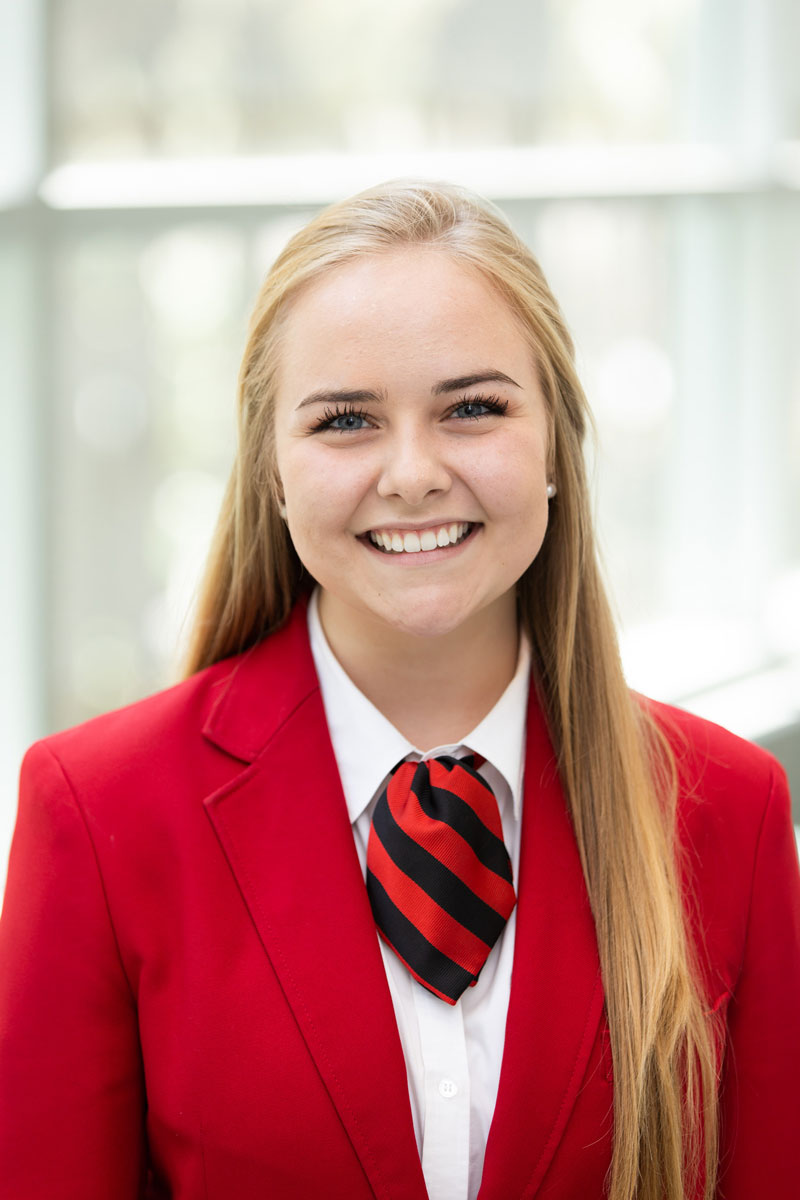 For three years, Caitlin Foster has been actively involved in FCCLA. Last year, she served as Tennessee’s FCCLA Vice President of Individual Development. She previously served as her FCCLA chapter’s president. In addition to her participation in FCCLA, Caitlin is a member of National Honor Society, National Beta Club, National Mu Alpha Theta, and her school’s science club. She adores children of all ages and working with children brings her joy. Her goal after high school is to earn a degree in Child Psychology so she can continue to work with children and positively impact their lives, just like they do for her. 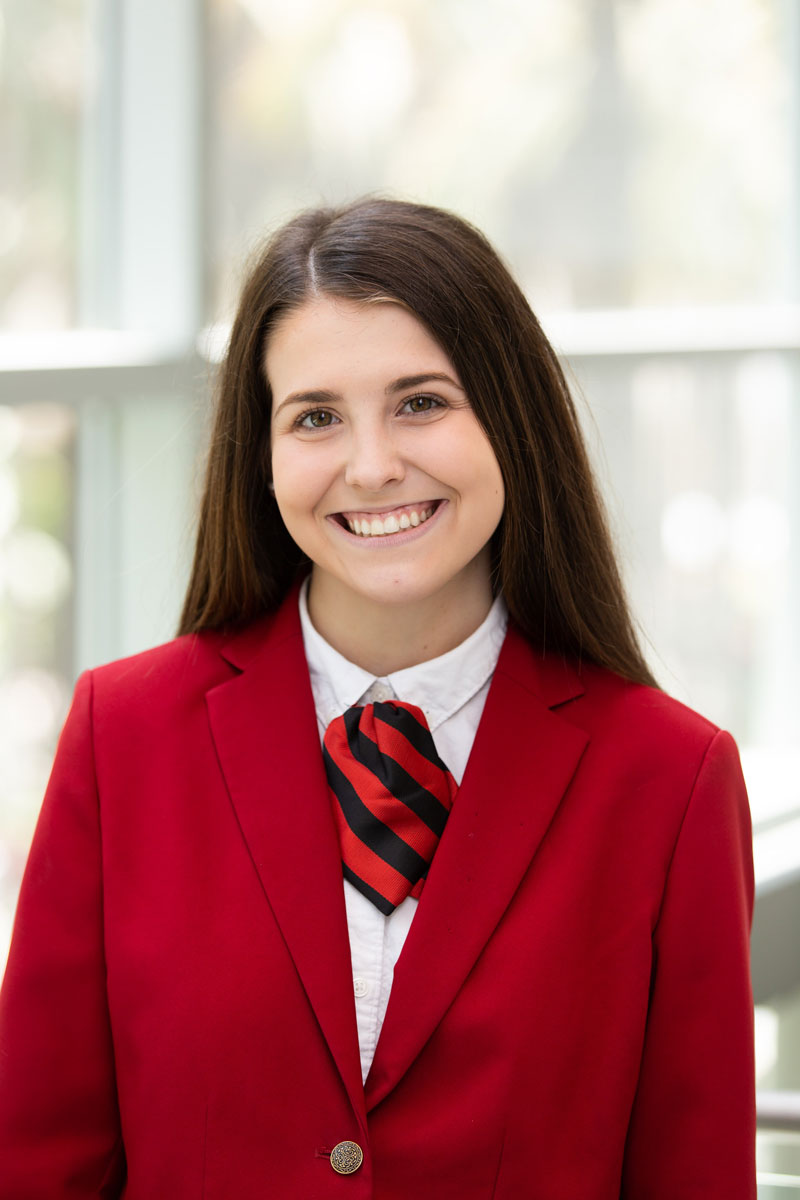 Marcia Williams has been active in FCCLA for four years. She has served as Arkansas’ FCCLA State President as well as her FCCLA chapter’s president. Apart from FCCLA, Marcia is very active in her church where she serves as a counselor and trustee for her church camp and is involved in several other school and youth organizations in her community, as well as local politics. Marcia loves traveling and exploring, eating pasta, kayaking, and drinking coffee. She aspires to someday become a government official to implement positive change in the world. 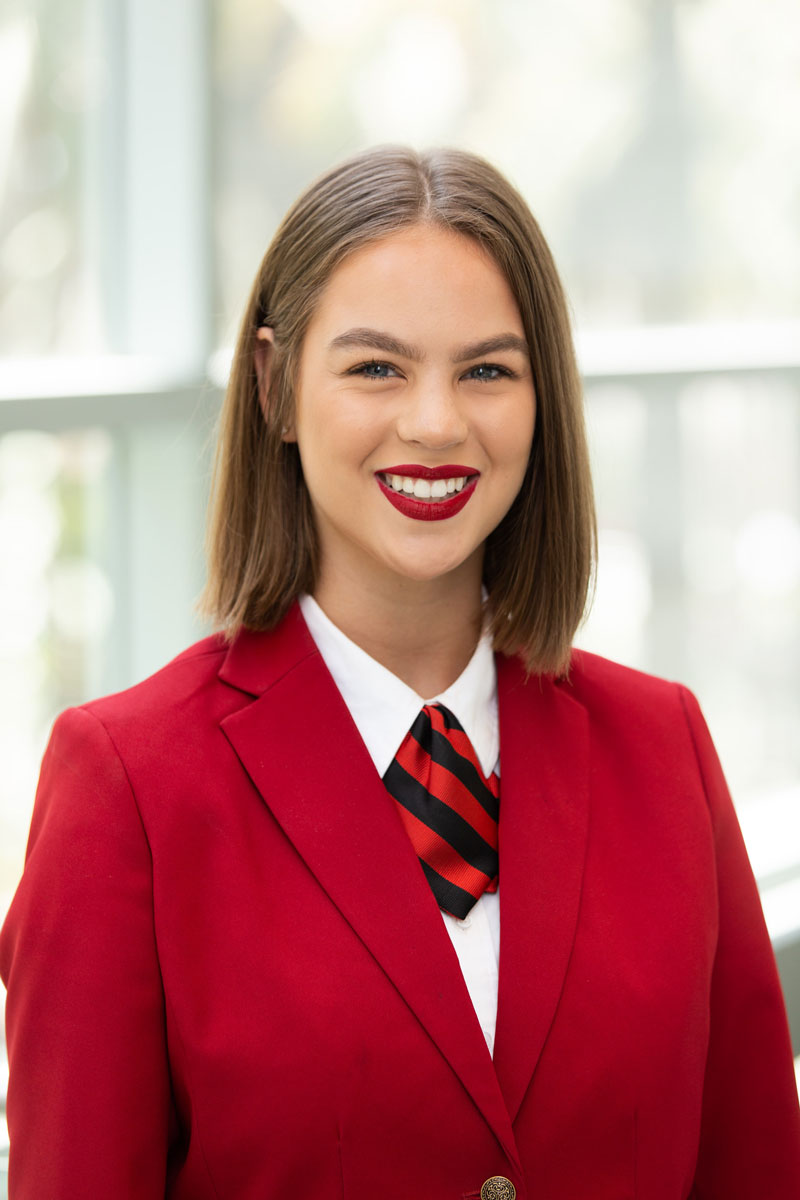 For the past five years, Hannah Owens has been an active member of FCCLA. She has served as South Dakota’s FCCLA State President as well as her FCCLA chapter’s president. Outside of FCCLA, Hannah dances at a local studio and plays trumpet in concert and jazz band. Additionally, she fills her time with competition and football sideline cheerleading. Hannah also sings at community events, church, and in chorus and is a member of National Honor Society and Science Bowl. She loves traveling and is always looking for a new adventure and new cuisine to try!

Brisa Hernandez has been involved in FCCLA for five years. Most recently, she served as Washington’s FCCLA State President. Inspired to encourage others, Brisa is dedicated to contributing to her community and being a positive asset to those around her. Along with serving for FCCLA, she is a member of the National Association of Parliamentarians, a Link Crew Leader, DECA member, varsity cheerleader, track athlete, and active church member. In her free time, Brisa enjoys traveling and hanging out with friends. She also loves volunteering and promoting small businesses and artists. 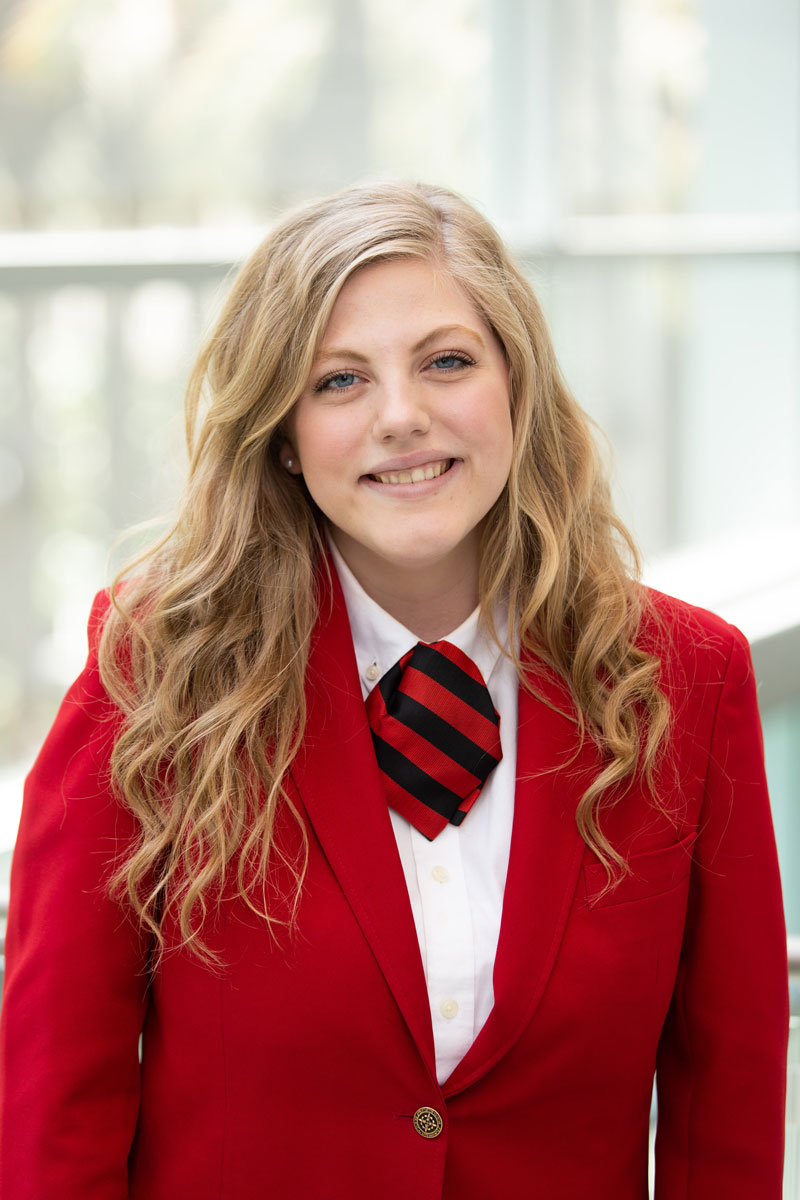 Madeline Wittstruck has been a member of FCCLA for four years. She has served as Nebraska State’s FCCLA First Vice President and as her FCCLA chapter’s public relations officer. Along with FCCLA, Madeline is heavily involved with her school's dance team serving as co-captain, and participates in speech team, band, jazz band, choir, show choir, musical, and one act play. Outside of school, Madeline is an active member in her church and youth group. She is also an assistant and competition team member at her dance studio. In her free time, Madeline enjoys reading, Broadway musicals, and spending time with family and friends. 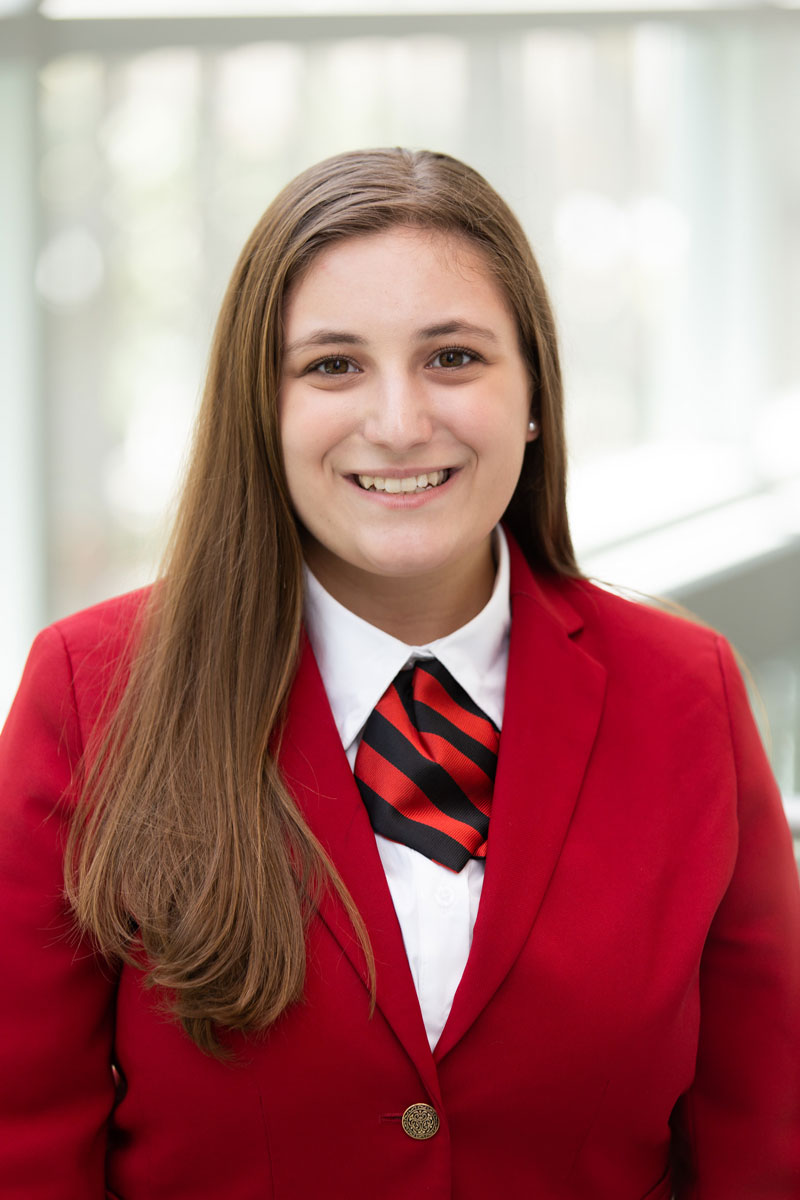 Abby Stern has been involved in FCCLA for three years. She has served as Virginia’s FCCLA Vice President of Programs and as a FCCLA chapter officer. Abby has a passion for serving others both in and out of FCCLA through volunteering for a variety of organizations and charities. She is involved in student government, Rise to Run, Model UN, National Honor Society, and speech and debate. Abby enjoys spending time with her family and close friends in her free time. On the weekends, you can find her hiking, kayaking, or working. 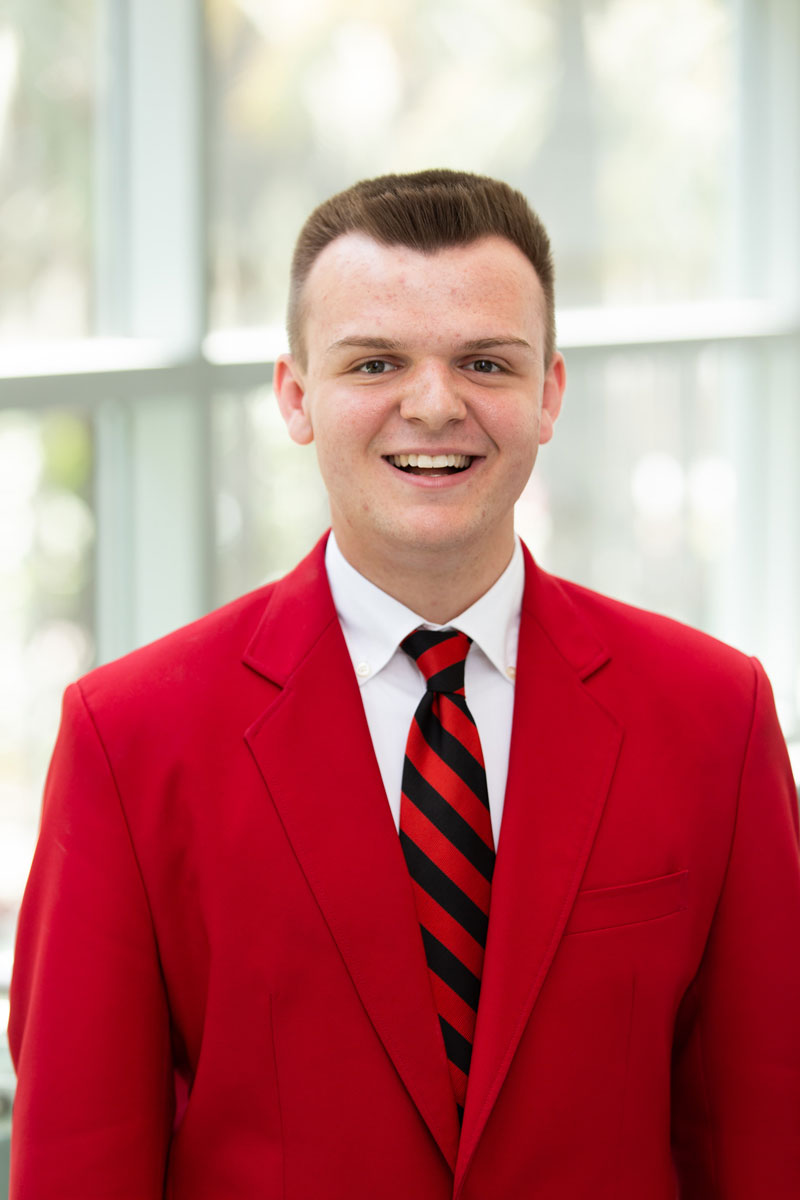 Nate Worley has been active in FCCLA for four years. He has served as North Carolina’s FCCLA State President and as his FCCLA chapter’s First Vice President. Outside of FCCLA, Nate is involved in Student Council, Beta Club, 4-H, FFA, musical productions, and he enjoys volunteering for local government campaigns. Over the summer, Nate worked as an intern at a law firm. His interests include history, government, food, and traveling. He enjoys going out to eat with his friends and family as well as spending time with his church youth group. 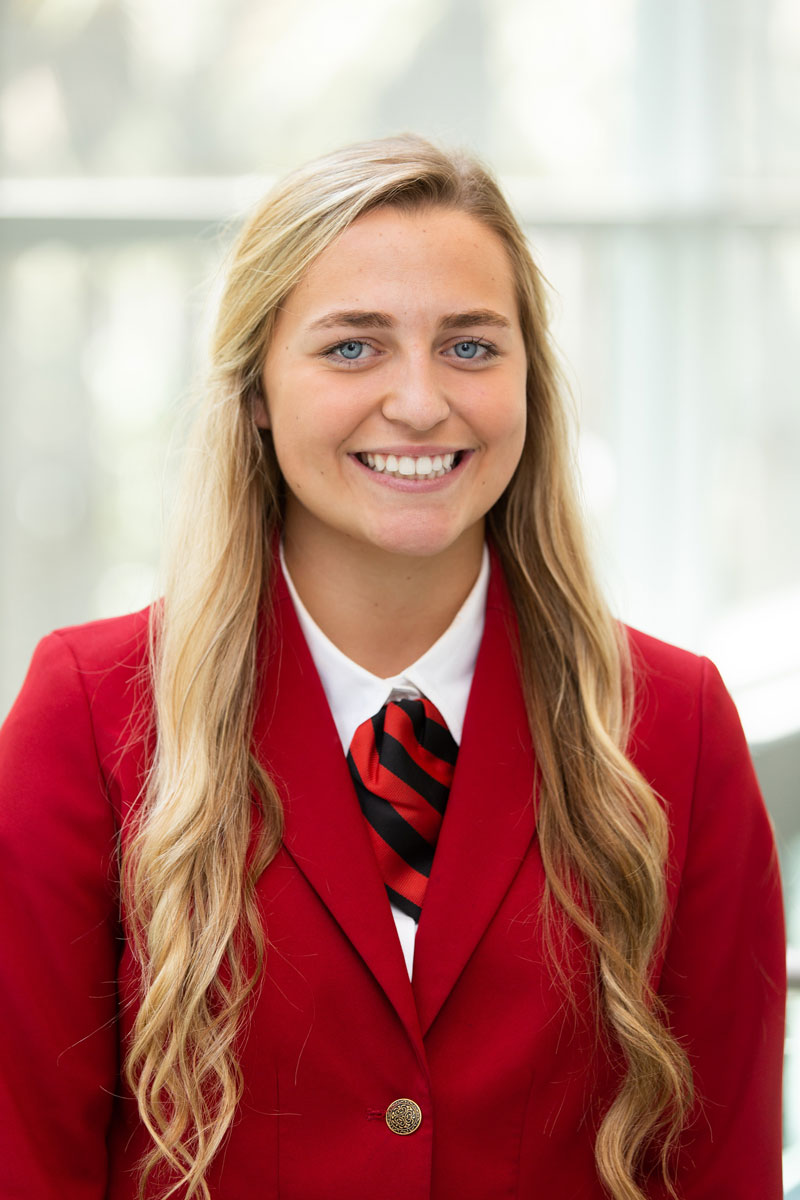 Grace Allphin has been a member of FCCLA for three years. She has served as Washington’s FCCLA State Vice President as well as her FCCLA chapter’s president. In addition to FCCLA, Grace is the Executive Treasurer for student government, a member of National Honor Society, and a three-sport athlete. Outside of school, Grace enjoys her time as a leader for her Young Life Club and shows market hogs at the county fair with her 4-H chapter, of which she currently is President. After high school, Grace plans to attend college and obtain a degree to become a nurse practitioner. 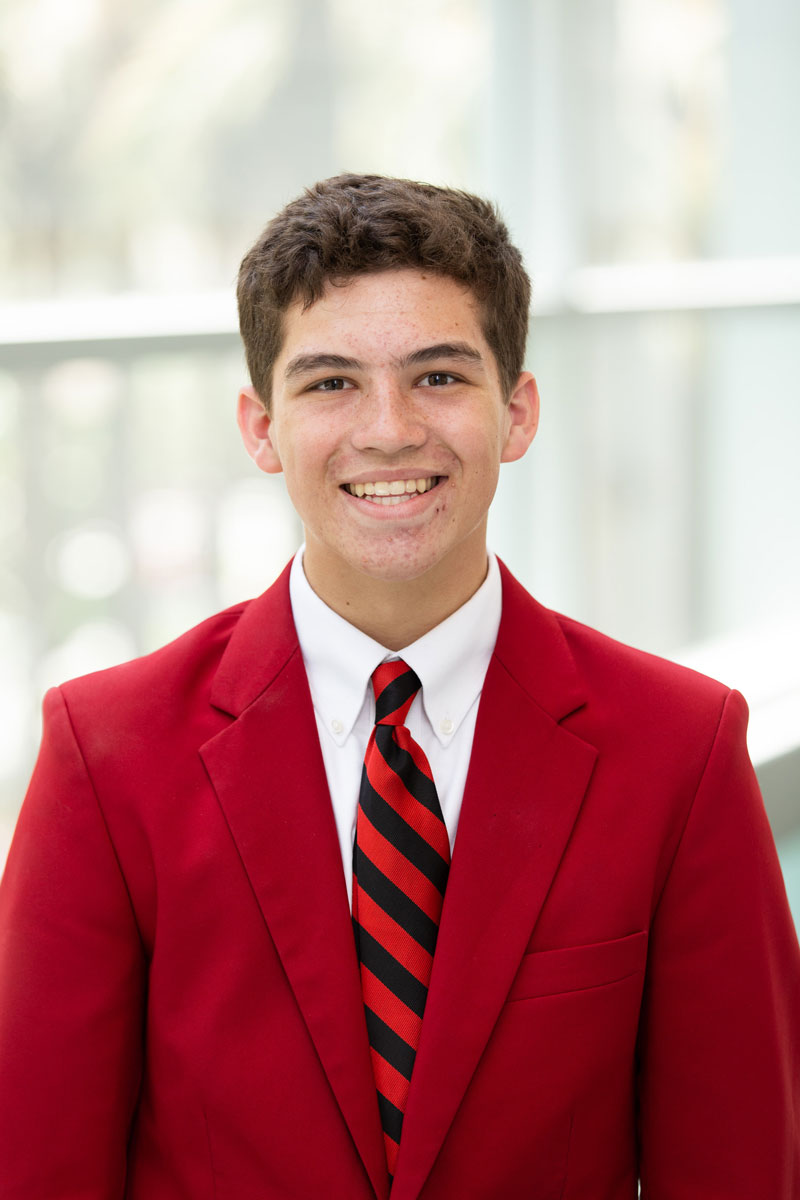 Colten Sedman has been actively involved in FCCLA for three years. He has served as Arkansas’ FCCLA Vice President of Public Relations and as a FCCLA chapter officer. Outside of FCCLA, Colten is a member of the National Beta Club, the Association of Student Councils, and International Thespian Society. In his free time Colten likes to read, hang out with his family, and travel at every opportunity! Colten aspires to work in the hospitality and tourism field, possibly as a hotel manager, after graduating.